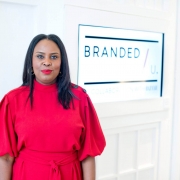 How have you been? These times have been challenging, I know.
For us living here in the First world this pandemic has shifted the ways we deal with things. Because of that we are shaping a whole new world and I feel that more women like you, need to be part of that process. And for this to happen you need to bring your best self to work.

You know that for the past decade all my focus has been on answering this question: how can I help more women become leaders in their field?

And throughout the years we’ve developed several programs to get more women empowered. When the Covid-19 crises started I was in the proces of developing a new online course which would not only get women to go harder in the workplace, help them present themselves better, move up the career ladder faster but also become mentally stronger.

I don’t want you to slow down, I want you to accelerate your career and become more successful because the world needs what you and women like you bring. And that’s why I designed this new e-course: Harder, Better, Faster, Stronger.

You know I don’t kid around so I made this video to explain it all! Check it out!

And just in case you missed it, we have been sharing these great role model videos here on LinkedIn. So far we have had these inspiring women share their lessons learned in less than 1.5 minutes:

Take care of yourself,
Nancy 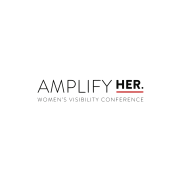 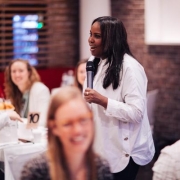 Kelly Clarkson once sang:
“What doesn’t kill you makes you stronger
Stand a little taller”

It might have been meant to be a love song but I look at it as a really great career lesson from this year.Because don’t you think that the most important career lessons are the ones you learn from your so called failures or mistakes? Most of us have a fear of failure or a fear of making mistakes. But instead of being embarrassed by your mistakes, look at them your investment paid for valuable lessons.Don’t get me wrong I don’t like the feeling of making a mistake, but throughout this year I have seen how they have helped me to make bigger steps in my career. So now I see them as opportunities to grow and improve.

So how have they helped my career?

1. Every failure or mistake was an opportunity to re-examine my career goals.
Am I on the right path? Am I doing the right things with the right intentions? Why did I do this? All these questions are so important to ask when you feel like you’ve failed or made a mistake. It makes you think about your true goals, passions and motivations. So in this way they are a good career guide. So… This year I launched a training program but then when it didn’t get the response I wanted, I re-examined it and realized it wasn’t part of where I was going anyway.

2. They can make you stronger.
“What doesn’t kill you makes you stronger”. Yes ladies…..but only if you learn from your mistakes.
I noticed with every mistake a lesson learned. What are my insecurities for instance? What was revealed? Sometimes you think things were put in the past but you repeat the same mistake until you learn from them. For instance, I can get overly enthusiastic about stuff and can’t keep my mouth shut. This year I learned you can’t always say everything to everyone. Haha I am 46 and still learning. So I decided to make some lifestyle changes so that I will be sharper and more efficient next year. Guess I will be even stronger, now that I know my weakness ;-).

3. Avoid bigger mistakes.
As a kid my little brother got too close to the iron board and was burned badly. After that we were always extra careful near iron boards. And this incident thought us as kids a really big lesson. For me getting burned by one organization meant being more authentically myself for the others. It was a humbling experience but without this setback I would never have realized not every organization was meant for me to work with.

As the famous basketball player Michael Jordan once said “I’ve missed more than 9000 shots in my career. I’ve lost almost 300 games. 26 times, I’ve been trusted to take the game winning shot and missed. I’ve failed over and over and over again in my life. And that is why I succeed.”

So tell me, what are your top 3 mistakes or failures this year and what have you learned from them? 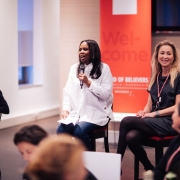 So Dionne Warwick was Whitney Houston’s godmother and this song is one of my favorites. She sings it together with Elton John, Stevie Wonder and Gladys Knight. It is just the best!

I mean where would we be without our friends? Our support group, the people who lift us up when we feel down and stick with us no matter what.
The ones that believe in us when we have lost confidence. And the ones who talk us up to people who need to see us.

Well, I have just been so lucky to have had those kinds of friends this last year. I have to admit I have gotten better over the years with finding those women (and men) who are authentic and also very supportive. Ones who aren’t jealous but actually cheer you on when you become successful. You need those kinds of people in your life.

Daphne Feller to my right on this picture is one of those friends, We became acquainted in 2016 and have been growing our businesses together in the most supportive way. As it should be with women. Daphne’s expertise and passion on how the brain works has made me enthusiastic about a subject I never thought I’d be. What I love about her is that she is always in for all my crazy ideas. It is so nice when people just go for it because they believe in you.

Go find yourself those kind of friends to work with or at work, You need them, they are like oxygen when you are having difficulty breathing.

Nancy
p.s. the picture was taken at the Board of Believers in Female Leadership Mentorship Breakfast on the 28th of November at TomTom’s. We brought 80 mentees and mentors together to connect and learn from each other.